Don't be Afraid to Explore Opportunities 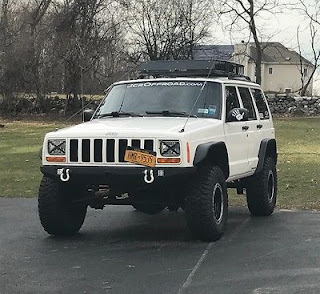 I was quite a distance from the farm today, shopping in a Dollar Tree for drop cloths. I plan to spray paint some metal farm items for the front of one of the flower beds, where I often put together a seasonal decorative arrangement when the mums start to wane.  It is, by far, the best place to buy drop cloths.   I could not help but notice two men in their twenties in the store, who were apparently homeless and gathering up a few things they needed. I heard them talking to one another and was able to piece together quite a bit of their story as they spoke to one another. I don't know where they originated, or if they hadn't been to a Dollar Tree before but they were in awe that so many things were available there. One bought Irish Spring soap, which can be shaved and left to repel mice. The other bought a huge container of Nivea lotion for his dry skin. The first man couldn't believe he could buy generic eye drops for a dollar. They were both overjoyed at their good fortune in finding such a place. They were positively giddy when they found all the varieties of bandannas and sunglasses.  A lot of people might think that these two fairly young men are very unfortunate, being homeless, and traveling together in an old Jeep, and shopping for drinks and toiletries with a budget of eleven dollars each. We need to be careful not to judge one another.  I don't know whether these young men were evicted when they lost jobs, or if they decided not to remain in their rentals with the world and with employment as unstable as it is in many places just now. Loading up the old Jeep, and taking a trip seeking greener pastures might be the smartest thing the two of them could have done. As they travel, they might find a wonderful opportunity at a new company, or with an established one. As a consequence of their traveling now, they might find a place they choose to live that they might never have known about otherwise. Sometimes, letting what you have go, leaves your hands free to grab on to something new with both hands. Don't be afraid to seek new opportunities in life.

Once in awhile, someone asks me whether we should make more plans for sheltering in place, or for family evacuations, which is often called "bugging out".  I always say that you should be prepared to do both.  You could have the most pleasing home in the world, but if the forest fires are engulfing your area, you may need to leave it.  It doesn't matter if you live in a shack. If there are storms outside, then your shack could be the most valuable place you could live, to protect your family and it should be set up to weather such storms. In this life we need to be flexible. We need to know how to evacuate when it's necessary, and we need to know when to hunker down, and what that entails.  Sometimes, families make a pre-emptive relocation for economic reasons. Sometimes, they bring their brothers and sisters with them, and their families too.  In times of economic uncertainty this may not be unwise. If you and your family live in an expensive area, and you are being economically crushed, then you should explore areas that are less expensive to live in, but make sure that there are a variety of jobs available while you make the adjustments.

In five years, the two homeless twenty-somethings I saw today could have money in the bank, homes of their own, and very good prospects, simply because they had the courage to try something else when what they had been doing wasn't working. Please don't be afraid to be open to trying new opportunities. We often do better when we move forward than we do when we silently remain in a place that does not appear to be working.  Be positive.  There are still opportunities.

Posted by JaneofVirginia at 3:10 PM