It is also available on other electronic media formats at:

and these other fine booksellers:


Posted by JaneofVirginia at 7:56 AM

"Portsoy Woods" is Also Available at the Economic Collapse Bookstore 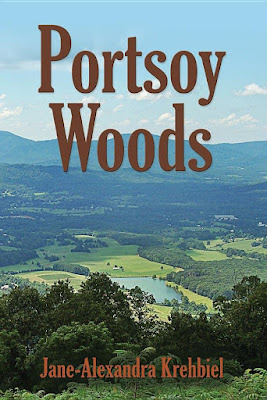 I would like to announce that in addition to getting my new book Portsoy Woods on Amazon, Barnes and Noble dot com, Books-a-million, and Booklocker dot com, that you may now also buy it at The Economic Collapse Bookstore.

Posted by JaneofVirginia at 4:12 AM

I am pleased to announce the release of my third book, and first novel, Portsoy Woods. It is a novel which examines preparedness issues and a Virginia family.


Portsoy Woods is the story of a young Northern Virginia intelligence analyst who convinces his wife that their young family and four small children, should relocate from the relative comforts of their suburban home to a large acreage tract in a very rural setting. This is a difficult decision for them to make  initially as it takes them from friends, family, and from good jobs with relatively negligible commutes. The decision to relocate is certainly, at first, counter-intuitive.

They relocate and find that even within their own state a completely different rural culture, and to some degree different values exist in comparison to the suburban world they knew. Their journey and adaptation, new friends, and their learning is explored, as the economy and the culture of the country is in decline. They also ensure a continued deterioration of the United States, an economic collapse, some notable disasters including a national pandemic, personal losses and uncertainties. The family learns not only to provide help to family and friends, but when to graciously receive it themselves.

Although this book will probably attract those who are interested in preparedness, pre-emptive relocation and survivalism, this story of a family is about much more. Told from the perspective of the wife, a registered nurse, it also concerns the value of flexibility, resilience, hope, faith, loss and charity, for one's own family and for the community. It is a hopeful look at today's families and of rural life. Anyone who has ever tested the boundaries of their comfort zone in any venue will appreciate this book.


For now, it can be purchased either on Amazon.com

or at the following link


Ultimately, distribution will be worldwide.

Posted by JaneofVirginia at 7:21 AM

Get Out There and Vote Tomorrow 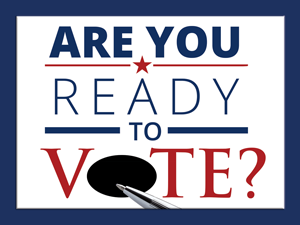 Several of my friend indicated this week that their employers were making plans should their be civil unrest in the immediate aftermath of the presidential election.  I accept that the United States is severely polarized, but I am hoping that people accept whatever the result is without perpetrating violence against one another or against property. Violence is simply not the answer.

As many of you know, Donald Trump was not my all time first choice for president, but I will admit that against HilLIARy Clinton, he is a relatively easy pick. I simply don't want another Clinton in the White House. I don't want continuing sexual exploits during the work day in the Oval Office while HilLIARy is elsewhere in the building.  I don't want more diplomats and other assignees calling for help and then dying with no response, as was the case in Benghazi. I don't want Qatari or any other officials paying to have an audience with the then Secretary of State and now President. I don't like Mrs. Clinton's private e-mail server so she escapes not only governmental oversight, but Freedom of Information Act Requests. I believe her use of one was blatantly illegal and likely a felony. I am not quite sure what Mrs. Clinton did to Russia other than the reset button fiasco, but they cannot stand her and the Duma discussed recently the likelihood of nuclear war with the US, if someone as incompetent as she were elected. So much discussion of her corruption and the corruption of the Clinton Foundation is likely to be true.

So, I will admit to voting tomorrow for Mr. Trump.  In his favor, he is a passionate father and grandfather and he has plenty of skin in the game. A toasted nation would not aid his children or his grandchildren. He truly loves America, and the president we currently have sneers at it and apologizes for it each chance he gets. I have wished that Mr. Trump would measure his words a bit more carefully, but in the past weeks, he has indeed been more cautious and more precise.

Please make sure that you and anyone else you know who is currently alive and is otherwise eligible to vote does. The stakes are no less than the future configuration of the Supreme Court, whether or not we are able to lawfully carry weapons for use in self defense, and whether we have a lasting and full blown economic collapse. A myriad of other very important things will also be decided......One of them will be whether we replace Obamacare or not.  Pray about your vote, and then exercise it. Then, pray for the United States of America. Good luck.


Posted by JaneofVirginia at 1:56 PM