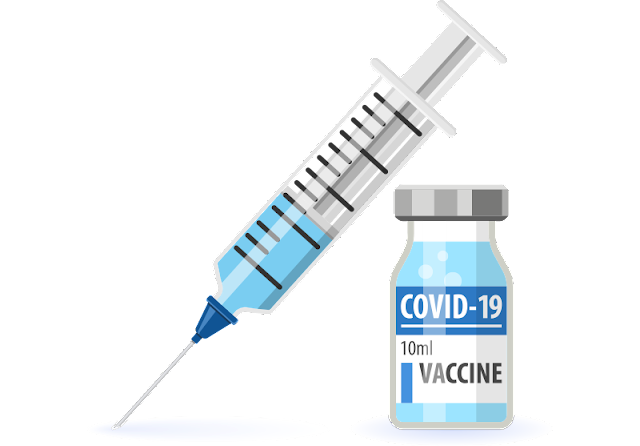 I really have not had a chance to relate to you my personal feelings with regard to the variety of COVID designed injections. I cannot call them immunizations or vaccines, because none of them actually meet the actual definition of such.

First, I could not accurately be described as an anti-vaccine person. All of my children received their vaccines, although we did elect to use a slower and more cautious schedule than was recommended, and I paid extra to have some immunizations ordered separately and not given in groups, so that if a child had an allergic reaction, we would at least know which component of the vaccines had most likely created the problem.  Personally, I remember how rough shingles is for my patients and so I elected to have a shingles preventive myself, called Shingrix. I asked for it to be administered a full ten years before the time when it's normally given. I wasn't taking any chances. My tetanus is up to date. So my problem is not with true studied and tested immunizations, per se.

The world began its rushed hunt for an immunization against the Wuhan Virus very early. The world saw televised accounts of Chinese people dropping dead on the streets of Wuhan, where incidentally the Wuhan Institute of Virology is located, which I doubt is a coincidence.  Shortly after, we watched televised accounts of elderly people in plastic bubbles in intensive care units in Italy as deaths mounted there. The pressure was great for the developed nations of the world to formulate a vaccine as quickly as possible.  As the world locked down, businesses closed, many for good, there was a sense of heightened desperation. Parents began working from home via Skype and Zoom, and their children began learning, or perhaps not learning, in another room in the house, online or otherwise.

When the first shots came out, people flocked to get them. Churches arranged transportation for those who didn't drive any longer, and delivered them to immunization events. Public health departments rushed to rent sprawling empty store spaces, and immunization events were scheduled, first by appointment, and then for some, as walk in events.  During this time, two of our friends died suddenly, after receiving the Moderna vaccine. One from a massive stroke, and another from an episode of rapidly evolving thrombocytopenia (low platelets) and then a massive hemorrhagic stroke.  Not long after, an acquaintance of mine was hospitalized with massive bleeding throughout his body and with sloughing of large amounts of skin from arms, legs and ultimately other parts of his body.

I realized that these shots had been rushed to market. I realized that no long term testing had been done. I also knew from one of our veterinarians that original studies on other mRNA sourced vaccines had killed 100% of the animal test subjects. However, it still could have been an intelligent plan to hand select people at risk for fulminant and severe COVID-19 for immunization.  However, this was not the case. The immunization centers were giving COVID injections to anyone who had attained a certain age. They didn't care if you had lupus, were enduring cancer chemotherapy, had a recent stroke, took anticoagulants, had complications from Lyme Disease, recently had been discharged from the hospital for a blood clot in your leg, or had recently had a pulmonary embolus.  Fairly quickly, Moderna was available, then Johnson and Johnson had a recombinant DNA origin shot, which was complete with one injection, and then Astra Zeneca had an injection available. (Moderna and AZ require two injections before the series is complete.)   There continued to be scattered reports of deaths, but friends who were physicians assured me that "these were probably people who were going to die that day anyway".  It must be nice to have had a crystal ball.

By then, enough people had known someone who'd had a reaction, a hospitalization or a death, that some people over fifty were reticent.  Companies responded by offering donuts for those who got immunized. Some got beer. CVS offered 20% off items in their store if you were immunized there. Some nurses began to become reticent about administering these shots, and all at once, someone was advertising on Craigslist for experienced registered nurses to administer vaccines on a contract basis.   The salary worked out to about $80-150 an hour.  In my long career, I can't ever recall people getting percs or bribes for getting healthcare.  I don't remember anyone giving bras or dresses to women who get their mammograms.

Shortly after, pharmacies everywhere began administering the COVID shots "free of charge" to anyone of a certain age. Pharmacists were administering them, but a big push exists within the profession to train Certified Pharmacy Technicians to become certified to do the same.

On social media, physicians, veterinarians, virologists, infection control physicians, physicians who practice public health, pediatricians, obstetricians and some nurses and pharmacists were chastised or they were actually deplatformed for asking questions about these injections, which don't actually meet the definition of immunizations.

As time went on, and younger people were added to those who could be immunized, nurses who had unexpected miscarriages, stillbirths, or disruptions in cycles following the COVID injections spoke out.  By then, teenagers were getting the vaccines. Some universities would not let students return without them. All at once, a bumper crop of young males were hospitalized with post vaccine myocarditis. The good news is that most of them are responding to treatment and are being released from hospitals. The bad news is that some of them experienced a sudden arrhythmic death secondary to post vaccine myocarditis, and will not have the chance to recover, or to live their lives either.

There have been a few patients who developed new onset seizure disorders and Guillain-Barre syndrome following these shots.  Early this year, fifteen people I knew in our rural county died suddenly.  Their ages ranged from thirty five to their eighties. I have no idea as to whether their deaths were related to the COVID-19 vaccines, although none of them were known to be acutely ill before they died, according to their families. I know this, because I asked them.

This week, the WHO or World Health Organization, has conceded that these injections should not be given to children under 18. They know that these vaccines were approved for emergency use, and that no long term studies in humans, let alone children, are complete.  We know that the people who endured COVID-19 as an illness likely do have resistance and therefore do not require the injections being described as vaccines. We also know that these injections spread throughout the body ordering the cells to manufacture the spike protein as the virus itself does.  We don't know how to turn this function off.  We also know that the vaccine deposits itself in higher amount in a woman's ovaries. We do not know what this does to future fertility. We don't know what it does to male reproductive organs either.

Your physician should be the best authority on what you should do.  Unfortunately, at least some of them have abrogated this responsibility.

Some experts have said that long term problems from these shots will be inevitable. You might wish to look up the perspectives of Dr. Luc Montagnier, who is a Novel Prize winner.  Dr. Geert Van den Bossche, a veterinarian, and a top world designer of vaccines also has an interesting perspective on mass world vaccination with these agents.  No one can tell you right now with any certainly what the future holds.

This week, four British Airways pilots, two of fifty, one in his forties and one of thirty-five died unexpectedly after having a second COVID-19 injection. Other pilots have become ill following these injections.

If you have not yet had these "vaccines", then perhaps you should take your time. I am viewing all of them with skepticism.  I will continue to post some interesting articles below.

Posted by JaneofVirginia at 4:55 PM