An Era of Cognitive Dissonance 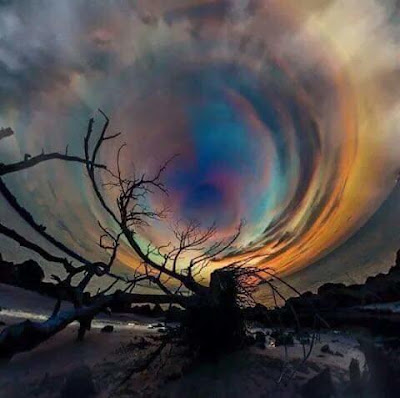 What is cognitive dissonance ?  Simply put, this is the psychological term employed when an individual has two beliefs that coexist at the same time and that conflict with one another.  It is almost impossible for human beings to move throughout life without experiencing at least some of these conflicts.  Most of the time, when they occur, we experience some degree of mental discomfort until we eventually work out or reprocess such conflicts.

For example, a soldier from Europe is serving as a member of the European Forces under the United Nations. Some of the forces have been abusive both physically and sexually to the children and other citizens in the country in which the troops were sent to protect. The soldier reports the soldiers involved, but no action is taken against them, because the United Nations attributes his complaint to racism. He finds himself in an unworkable quandary. He believed in the idea of Europe policing other nations and avoiding some of the worst happenings of war. He believed in the mission of the United Nations in order to leave his own nation and risk his life of such missions. But he also believes that soldiers must not molest or rape the children of people they were sent there to protect. His unworkable situation or his cognitive dissonance with regard to this conflict, eventually leads him to leave the forces. In time, he becomes an outspoken critic of the United Nations and he calls for their being disbanded. He is also disillusioned and angry.

Most people can look back on their lives and recall an incident or a period where two items they knew or believed flew in direct opposition to one another. This is unpleasant for most of us, and it can take time to sort out our feelings and even longer to plot a reasonable course correction.

The last couple of years in the world have really been an Era of Cognitive Dissonance.  The United States experienced the most contentious election in recent memory.  People who trusted social media invested heavily in their statements about the election, and about the candidates. When the votes for President Trump piled up faster than was anticipated, a number of states closed counting, and waited for "other ballots coming".  Many people saw evidence of voting irregularities, yet were told by formerly mainstream media that "Biden had clearly received 84 million votes." Americans were shocked when the man who could not fill a parking lot at Waffle House with followers, was declared the winner.  This alone creates mistrust, confusion, anger in Americans, and now many of them don't trust their parties, the system, nor the man who occupies the role.

Additionally, the COVID-19 episode pitted scientists, physicians and nurses against some of the bodies they have trusted all through their careers. The World Health Organization made untrue and misleading statements during COVID-19. The US CDC gave misleading and confusing information. A few hospitals were full of patients with COVID, but in the US, many of our community and university hospitals stood empty.

Now, some universities and some employers are insisting upon their employees and students being administered one of the COVID injections. I hesitate to call these immunizations, because they do not meet the definition of such. In many parts of the world, those who have received such injections have died of unusual types of blood clots, allergic reactions, or the sloughing off of skin.  People below twenty have died of blood clots, myocarditis and heart failure or other unanticipated reactions. These vaccines did not do well in animal testing, and there are absolutely no long terms tests on human beings. In addition, there have been just under a thousand miscarriages or stillbirths among pregnant women, particularly nurses, who have received the "vaccine".

As time passes, more and more respected scientists and noted physicians are expressing extreme regret that COVID injections were attempted at all.  These are experimental injections, and should not be required by anyone.

This week we saw some cognitive dissonance in my own house. Although members of my family had not arranged to get a COVID shot, their friends had.  My family members believed they were doing the right thing by not getting an experimental shot with a lot of reported difficulties, they were very upset when Nobel laureate Luc Montagnier said that "everyone who has received even one of these injections will die over time".   My family was horrified as they contemplated a world without many of the people they know.

If you are finding that you are sitting in a quandary of cognitive dissonance, I share your discomfort. It's hard to feel comfortable with regard to the future when it appears that everyone from government to media has betrayed the citizenry.  It's hard to listen to the WHO or the CDC when they have spouted a number of things which aren't consistent with anything the rest of us learned about virology, allergy or immunology.

With prayer, I hope that you, and the rest of us find clarity as we decide what to believe. Think carefully, if Montagnier and many many other physicians, veterinarians and scientists are correct, then the COVID shot escapade could be the worst public health disaster in the world's history.  Step carefully. The luxury of your confusion as a result of your cognitive dissonance could get you killed.

Posted by JaneofVirginia at 2:33 PM