The Value of the "Free Sale" 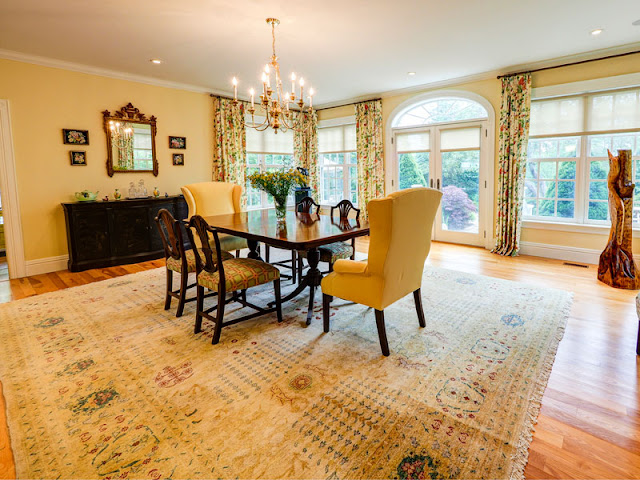 All my life I have enjoyed garage and yard sales.  I have met neighbors, made lifelong friends, bought a few heirlooms, and a few times, made some money and cleared up valuable space before moving, by having my own occasional sales.  Some of the sales I have attended stand out in my memory as really exceptional sales, but many if not most, were of things I didn't need, and I came away with little, or nothing.  It's well worth stopping, but we don't always depart with things we needed.

Some time ago, someone started the "free sale". They are probably inspired by the "free stores" that I have read existed in the Haight-Ashbury section of San Francisco in the 1960s, where no one threw anything away. They gave it to someone who needed it. Consequently, one didn't buy much before looking in one of these free exchanges for it.   The free sale is a garage sale where all of the items in a designated area of the sale are free.  Some of these sales have some additional rules, such as each person may take a certain number of items, but many of them do not.  Because the items tend to disappear very quickly, it's probably wise not to travel too far to free sales, but to be especially diligent about checking them out, when they occur in your own area.

I went to my first free sale about five years ago. It was a distance from my home but in an area I'd lived in and liked, and so I made a point of being there early. The couple was moving to Hawaii, now that their kids were grown and out of the nest, and so they had thirty years of things that might not fit within their new home, with regard to space and new decor.  They had given things they cared about to their children and other relatives, moved the things they were taking with them to storage, and now the house and the outdoor space were still filled with lots and lots of items they planned to give away. Some sales are giving away household contents but selling cars and riding lawnmowers or RVs or boats that are also at the home. I know this because I talked to them before taking any of their things. My mother used to say that she couldn't go anywhere with my father and I without our making a lifelong friend. Although I think my mother's statement is a little bit exaggerated, I do learn a lot from people in my travels. Talking to them is valuable.  At this particular sale,their rule is that they preferred their things going to individuals and families and not people who planned to sell them, and although you could take as much as you wanted, they asked that you only took things you genuinely liked. I remember the sale well.  Furniture, clothing, new ladies shoes, rugs, lamps, and all things household.  That day I came away with cases of Sam's Club canned goods with an expiration date that was still a year off. (A lot of pineapple) I also gathered about sixteen compact discs, some of which were unusual and nearly new, and reflected the eclectic musical tastes of my children. I took some really nice new books on art.  I also took home several heavy glass or crystal vases, one of which was a Murano, as I often have flowers from the farm in vases around the house.  I was the first person at the sale, but when I left forty minutes later, most of the items were gone. Neighbors who had arrived without cars had quickly picked up tables and rolled up rugs, and had quickly emptied the house, and a lot of the yard.  People who drove up as I was leaving weren't sure it was worth getting out of the car before driving off to the next garage sale.  At the time, I wasn't sure that giving away the gatherings of thirty years in one morning was economic wisdom. Certainly, I enjoyed the sale, but would our generous hosts regret giving away all those expensive towels, curtains and furniture ?    They were smiling.  They were free of the things that complicated their move, which was apparently a move they very much wished to be making.

The COVID era killed not only the free sales for a while, but the garage sales as well. They are only just beginning to get started again.  I went to a few of them yesterday. The people who engage in having a free sale have many reasons for doing so. Sometimes, they are shedding household objects they gathered during a marriage, and since that has ended, they are happy to let them go. Sometimes, the family or couple is undertaking a move a distance away or even an international move, and it makes sense to them to regather items they need, in the new setting.  Sometimes, they are liquidating an entire household for relatives, after someone's passing, and they can only be present a short time and don't wish to spend gasoline and time shuttling everything to a high end auction house or to Goodwill.  Such sales are now part of the landscape, and represent good opportunities to gather cooking and survival supplies sometimes. Please consider shopping at one when you can.

Remember that having a free sale may well be the fastest and cheapest way to empty a house and a garage, after of course, you have diligently removed family pictures, important sentimental items, coins, family jewelry, and guns. Also make much slower and much more considered arrangements for pets prior to such a sale, if they are not coming with you. Be careful about excluding the items you wish to keep from the free sale. One Charlottesville couple spent six weeks posting ads on Craigslist in an attempt to get a wrapped painting they had inadvertently given away during their free sale, which had sentimental value to them.

Lastly, as people empty the house, you may even find the family who is willing the enter into a contract to purchase the remaining home, as they can now see how spacious it is empty.  Keep that in mind.

Posted by JaneofVirginia at 10:06 AM