Is Kratom the Cause of the Tragic Loss of Molly Meghan Miller ? 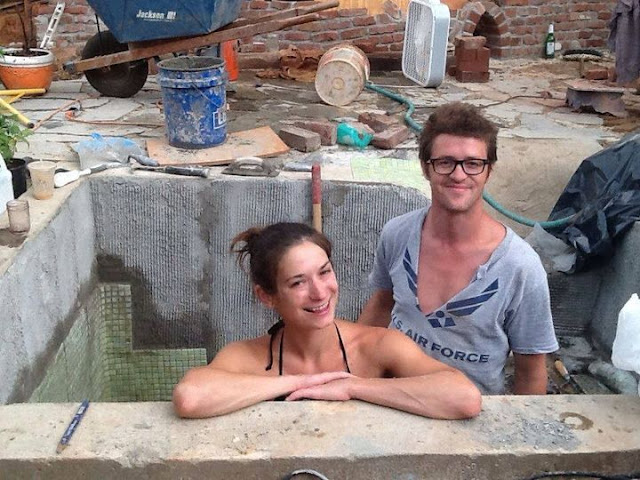 In December, 2017, everyone in Charlottesville, Virginia was looking for Molly Meghan Miller.   Molly was a young woman who despite her many friends who were attending college, had taken an alternate path, and become a mason, and had bought a house that she and her fiance were renovating.  She had disappeared on December 29th, and the last thing anyone recalled her doing was buying some extra ingredients for a holiday meal she had been preparing.  Charlottesville was good at looking for young women.  Over the years a number of them had disappeared, and some had been found dead, and so this matter came with some urgency.

Despite the fact that Molly was 5'8" and 115 lbs, she had a muscular upper body, the result of her work as a mason's apprentice. She wouldn't have been easy to abduct, people speculated.

Although Molly's house was fully searched and she was not initially located there, ultimately a police detective brought blood hounds in, and Molly's body was found in a less obvious location in the basement she had been renovating.  After an autopsy, the medical examiner's best choice was that Molly had committed suicide.  This has not set well with her many friends and acquaintances.

A short time after Molly's death, her mother released a statement in explanation of what she believes happened, and to caution others with regard to the same issue.

Perhaps it is because places in the country are now selling kratom and it's finding new acceptance in a time in which many people have limited trust for their physicians, but I need to post something I posted elsewhere in 2018. Please read and distribute. Given the right circumstances kratom may be very dangerous.
Some time ago, I posted about the sudden and strange death of Molly Meghan Miller, who was missing and then later found dead in an unheated and unfinished part of her home.. It seems that the toxicology report on her death may soon be made available to her family.
. This is important because very few of us, in healthcare or not, know about kratom, it's risks and its dangers.
*****************************************************************************
(The portion of the post between the asterisk line has been written by Molly Meghan Miller's mother.)
Help Save The Next Girl shared Marian McConnell's post.
January 6 2018
MOLLY MILLER – We Believe Accidental Overdose of Kratom
Molly suffered most of her adult life from the excruciating monthly pain of endometriosis (a disorder in which tissue that normally lines the uterus grows outside the uterus). While overall she was healthy, strong, and active, for about a week every month she could be incapacitated from the pain. We (and her doctors) tried everything from laser surgery, prescription pain killers, acupuncture, yoga, meditation, and as of about 2 years ago, she began taking an herbal remedy, Kratom. Up until December 29th, the Kratom worked well for her with little to no negative side effects, and allowed her to function normally and have better quality of life. It was very expensive and not covered by insurance.
On Friday December 29th, she went to Harris Teeter and used her credit card to get the money necessary to pick up the COD package from FedEx – she always ordered the Kratom online and had it delivered. It is legal and the Police have copies of the paperwork confirming her purchases and the source (company) that she bought it from. I had accompanied her many times to do that, and had also witnessed her taking the Kratom drops (in tea) when she was having her period.
I had looked up Kratom online and seen some mild possible side effects mentioned, but didn’t investigate far enough; it was my sister who found the link that made us realize what obviously happened.
https://deserthopetreatment.com/drug-overdose/kratom/
In this article by Desert Hope Treatment Center it says about Kratom Overdose:
“Possible signs of a kratom overdose include: Nausea, Irritability, Agitation, Drowsiness, Elevated blood pressure, Rapid heartbeat, Psychosis, Seizure.
These symptoms can be dangerous, and that danger is compounded by the fact that there’s not yet much information on what dose is appropriate. It’s highly recommended to start out small, taking just a few grams at first to figure out how much your body can handle. What is known is that kratom produces stimulant effects at smaller doses, but as the dose is raised, it can produce strong sedative and euphoric effects. At even higher doses, it can produce hallucinations and delusions. Beyond that, overdose is likely. Psychosis mixed with panic attacks, aggression, or severe depression can become very dangerous as the individual may lose touch with reality and cause injury to others or even attempt suicide.”
We are 100% convinced Molly accidentally overdosed on Kratom; perhaps put too many drops in her tea, took an extra dose for extra pain, or got a bad batch, and it made her do what she did because her thought processes were distorted by the Kratom. She was happy and making positive plans up until that night; there was NO indication that she was upset or planning anything other than good things.
We are still awaiting the results of the toxicology report, which the Police specifically requested to look for the presence (and if possible the quantity) of Kratom in her system. Regardless of the results (which may be difficult to get due to the cold temperature of the house), we know without a doubt this is what happened.
With all the challenges in the world today for treating chronic pain safely and effectively, it is imperative that everyone know about the dangers of Kratom. If there can be a blessing in this tragedy, perhaps it’s that other lives can be saved by knowing that this drug can be fatal.
In our grief, this has given us relief knowing that it was Kratom, and not anyone (including herself), who drove her to behave as she did. We love Molly and will continue to pour our love and care on her fiancé Anson, along with spreading the word about the dangers of Kratom to keep this from happening to anyone else. Molly wants it that way.
Marian McConnell (Molly’s Mother)
******************************************************************************
I am posting this now for several reasons.  At least in Virginia, many stores that sell everything from vaping supplies to materials for packaging, are now selling Kratom.   People, particularly in the preparedness community may be looking for ways to manage transient or chronic pain.   I also know that when one of my sons survived a lightning strike that his pain was not particularly managed well, and that physicians are pressured not to prescribe opioids whenever possible.  Pain management may not be handled well by the medical community just now, and yet Kratom may be very dangerous for some.
It is for this reason, I must post the experience of Molly's family.  Molly should not be forgotten.  Please think twice before self medicating for any reason with Kratom.
Once again, I send condolences to her family and friends as we once again, remember the life of Molly Meghan Miller.

Posted by JaneofVirginia at 4:44 AM